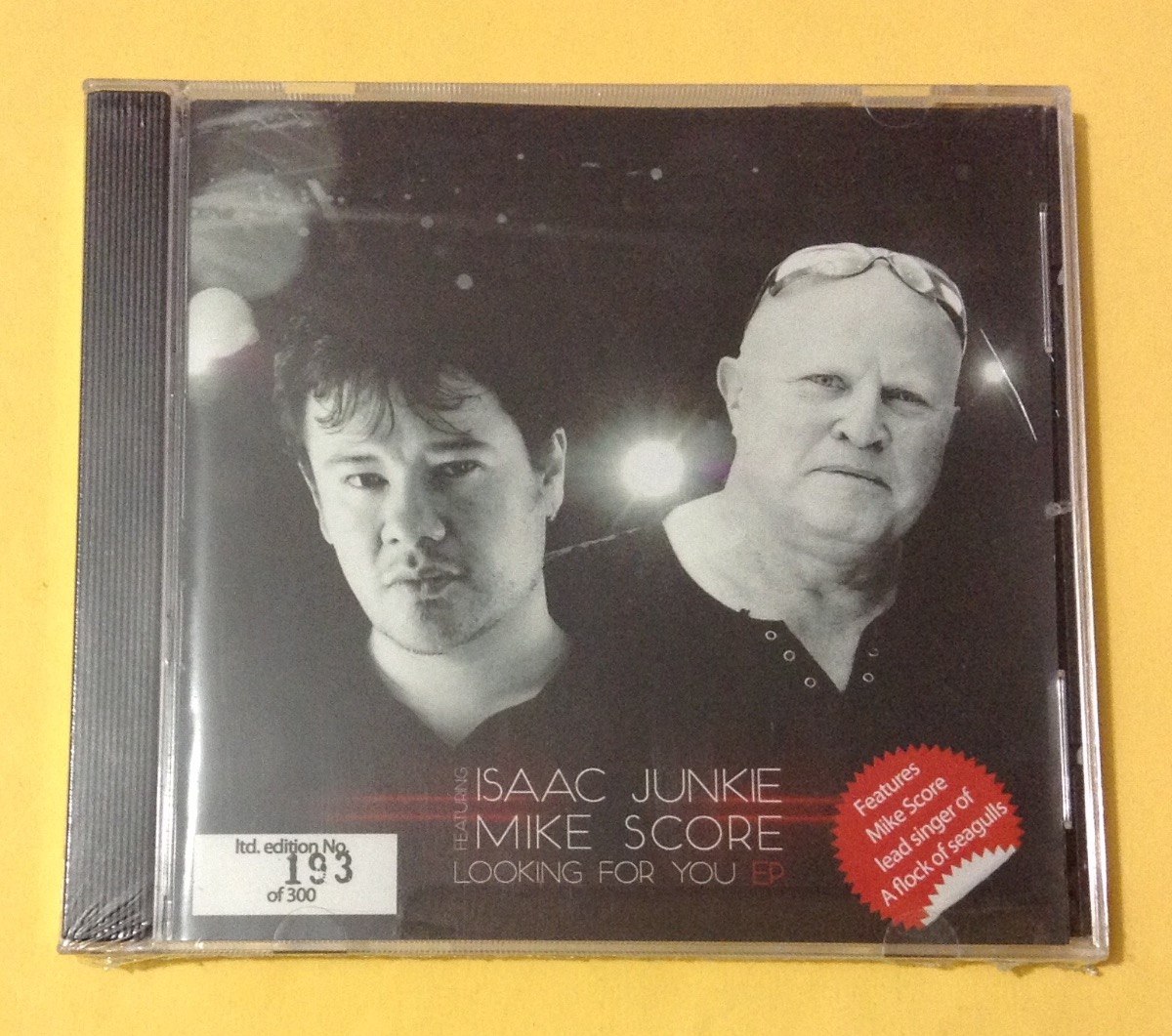 Isaac Junkie does a 2018 version of the classic song of A flock of seagulls “I ran”, with the vocals of the same Mike Score, this special version is included in Isaac Junkie’s album “Looking for you” (2018), where the same Mike sings 4 songs written and produced by Isaac Junkie. The EP “Looking for you”, written and produced by Isaac Junkie has the spectacular voice of Mike Score (A flock of seagulls) important English band of the 80’s creator of a wonderful sound New wave and synthpop, this time Mike Score adds again a touch of elegance with its voice to this interesting synthpop theme and that again the teacher and the student meet to make an excellent mix of experience and innovation. “Looking for you” is a song written entirely with analog synthesizers and modular systems that achieve great sound by returning to that magnificent era of the 80’s with a current sound from Isaac Junkie, “Loooking for you” It is a song that sounds wonderfully good and features a lyrics and intelligent vocal melody. “Looking fo you” will undoubtedly conquer the top of the charts in America and Europe again as Isaac Junkie has done with other issues. Isaac Junkie, has managed to keep to the public’s taste in Mexico and in Europe for more than 23 years of his musical career. Placing singles like “Breathing love”, “Talking About Love”, “A place”, “I’m lost in you”, “Walking away”, “Save me form myspelf” and “Something about you” at the top of The charts Recently the single “Breathing love” (2013) with the collaboration with Andy Bell of Erasure in 2013 came very strongly in Germany and UK stores being one of the biggest selling records in major stores records of that countrys like poponaut and Lexer music.